Basicly Panama is situated in the hot and humid tropical climate. El Valle, lying 600 m above sea level, owns an all-season mild springtime climate. Year-round average high temperature is 28° C, and the average nighttime minimum is 20° C, with little variation between summer and winter. The dry season starts in the middle of December and lasts until the end of April. At this time the weather is sunny and very windy. The rainy season is also called the Green Season: at this time nature shows at its best. The months with the biggest amount of rain are October / November.

Have also a look at the climate chart.

The local population is mainly decendend from the Guaymi Indian tribe. In the course of time the Panamenian upper class discovered the assets of the valley and built their weekend homes here. Expats from the United States, Canada, Europe, etc. followed. By now there live over 7.000 people in El Valle. 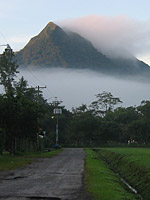 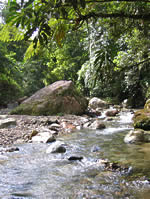 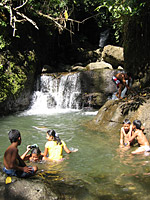